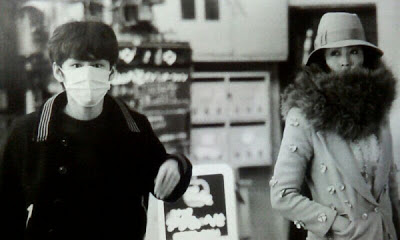 On the latest issue of FRIDAY, Nakamaru Yuichi (29) of KAT-TUN and actress Katase Nana (31) were caught on a 'late night gyutan date'. They are currently working together in Nihon TV's Sunday Countdown Show Shuuichi. The circumstances of their meeting are still unclear; it could just be a matter of colleagues having a meal together, or they could be dating. Some of the comments from his fans so far.

"Yuichi's first Friday. Congratulations."
"Here comes Nakamaru in Friday━━━━(ﾟ∀ﾟ)━━━━!!"
"It's obviously for publicity."
"What the hell's with this topic? Disgusting."
"They're just working together on the Sunday program. I don't think she likes him."
"I was getting worried that there hasn't been rumours although he's already 29. Thank goodness."
"I'm glad that it's Katase-san."
"Katase Nana is taller than him."
"A well-matched couple!   (*´艸｀*)"
"Why aren't the Johnny's Otaku throwing a fit??? It's okay since it's Nakamaru-kun?"
"It seems just like Nakamaru not to mind that she's taller than him."
"The fans reactions are interesting (*laugh*)"
"Why are his fans so happy he's in Friday?"
"Unexpected reactions from Johnny's fans (*laugh*)"
"It's rare for people to be so happy when an idol is caught in Friday (*laugh*)"
"With everyone in congratulatory mode, wouldn't he himself be shocked? He must be thinking, 'Huh, it's just whatever since it's me??'"
"The fact that his fans are happy reflects on his character."

It's still unclear what happened during the date but it would surely be a topic on the talk and variety shows later. So this might just be a publicity stunt after all. 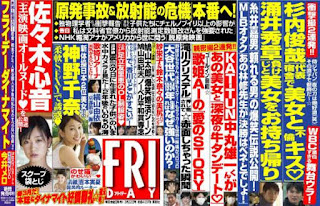 Source
unleashed by unleashthegeek at 03:38