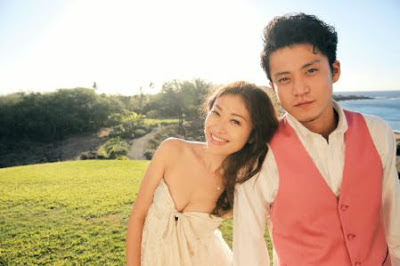 Actor Oguri Shun (30) and model Yamada Yu (28) who registered their marriage last March held their wedding reception on the small Hawaiian island of Lanai on 5th January. The garden reception at the Resort Lana’i at Manele Bay was presided by Shoufukutei Tsurube and Kinashi Noritake. About 100 guests attended, including many of Oguri's former co-stars and Yamada's model friends. Reporters were at Honolulu airport where the 4 times daily flights to Lanai were boarded mainly by actors and models. Yamada's brother, Yamada Shintarou, model Nishiyama Maki and actor Koide Keisuke were approached by reporters but all revealed little about the reception. Among the guests were also Tanaka Kei, Yamada Takayuki and Inoue Mao.
Update: Other celebrities in the guest list according to entertainment news mobile site 'Inoue Kozo Geinou':-
Arashi's Matsumoto Jun (29), Ikuta Toma (28), Katsumata Kunikazu (47), Katsuji Ryo (26), Kasahara Hideyuki (29), Asari Yosuke (25), Yabe Kyousuke (39), Takahashi Tsutomu (34) and Haruna Ai (40). 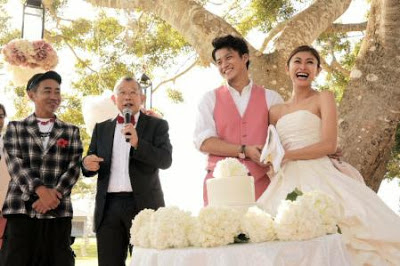 In a joint statement to the media, Oguri and Yamada wrote,"We celebrated our wedding with our good friends and seniors at the beginning of the year. From now on, as we always have, we will treat our family with care and continue our work as actors."